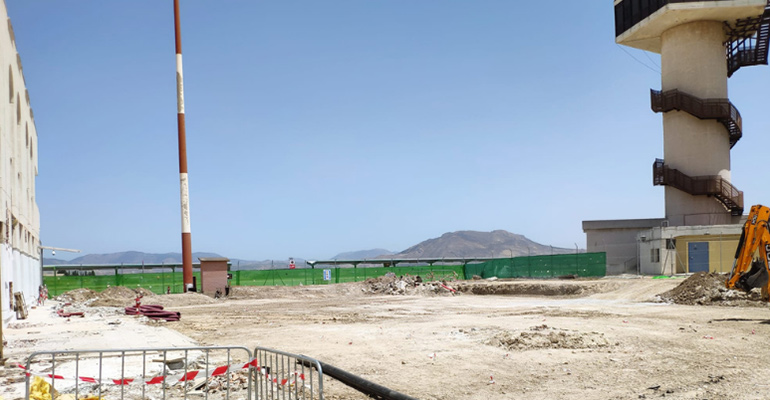 The Federico García Lorca Airport (FGL) Granada-Jaén has started the reform and enlargement of the terminal building, as reported by several media.(see here).

This work involves the enlargement and remodelling of the current terminal building in order to increase its capacity and services in view of the airport’s expected increase in traffic. The work began in May this year and has a completion period of 13 months..

CEMOSA’s functions in this action are:

For this purpose, CEMOSA has set up a joint venture with the company INSERAIL, thus forming the so-called CEMOSA-INSERAIL joint venture as the successful bidder of the DIN 125-2018-6 contract entitled “Project Management and ATDOCV for the airports of the so-called southern region – Lot 6” of AENA.

In addition to these works, this joint venture is carrying out the ‘Extension of the drainage of the airfield’ of the Granada-Jaén airport. The aim of this work is to improve the current drainage system of the airfield (construction of a new network of collectors and a storm tank). The works began in February of the present year and, although the execution period is 12 months, it is expected that they can be completed in the next 12 months.