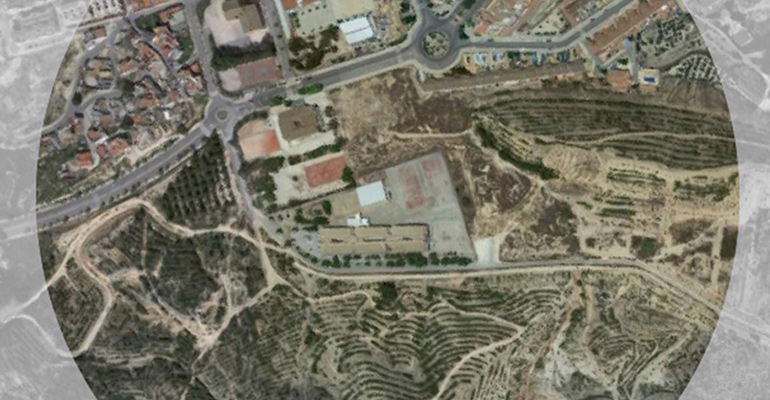 For more than two decades, the residents of the town of Aspe (Alicante) have been suffering the inconvenience caused by the pathologies of the foundations in the area of the municipality where its four educational centres are located, especially the Villa de Aspe Secondary School.

In this context, CEMOSA was awarded the contract for “HYDROGEOLOGICAL-GEOTECHNICAL STUDY SERVICES IN THE VILLA DE ASPE HIGH SCHOOL AND ITS SURROUNDINGS”.

The pathologies of the foundations of this school hinder the normal development of educational activities. CEMOSA has focused all its efforts on finding out the origin of these pathologies, which include subsidence, tilting, cracks of various types, collapsed areas and damage to expansion joints, among others. To this end, an exhaustive reconnaissance was carried out on the existing historical area photography from 1945 to the present day, thus allowing a reliable knowledge of the geomorphological evolution of the study area to be obtained. Likewise, one of CEMOSA’s star services has been carried out, a geotechnical campaign (mechanical soundings with core recovery, DPSH dynamic penetrations, reconnaissance test pits, presiometric tests) which has allowed us to know the exact geotechnical characteristics of the ground being founded.

Following the study of the terrain, a close correlation was found between the most damaged areas and those with the greatest thickness of anthropic fill underneath them, and it is in these areas where a deeper foundation will be necessary.

CEMOSA proposes a discretisation into three different zones of action:

After the study, CEMOSA delivered the hydrogeological-geotechnical evaluation report to the Aspe Town Council, with all the proposed solutions to improve the facilities of this educational centre.

All these actions and executions were publicly presented during the presentation of the project by CEMOSA in the town of Aspe, which was attended by technical staff from the Town Council, representatives of the Generalitat Valenciana and various local and independent media.