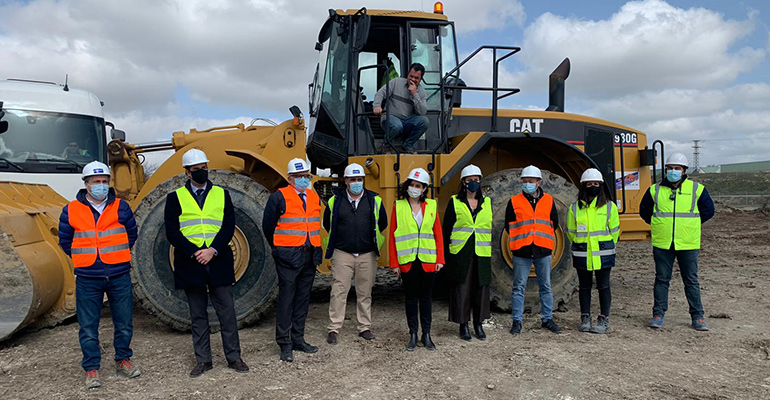 CEMOSA has participated this morning, as a member of the UTE CEMOSA-NORNIELLA, awarded of the Project Management and Health and Safety Coordination, in the ceremony presided by Ms. Isabel Díaz Ayuso of the laying of the first stone of the New Judicial Headquarters in Valdemoro, promoted by the General Directorate of Justice, Ministry of Presidency, Justice and Interior of the Community of Madrid with a PBL of the work of 17,247,108.12 euros.

The Valdemoro Courthouse will be built on a 10,445 square metre plot of land that the Consistory made available to the Community of Madrid to build this facility that will accommodate the 16 courts, currently distributed in three different locations.

On behalf of CEMOSA, the ceremony was attended by the project management as well as the CEMOSA delegate in Madrid, Rosario Martin Cañete.